Squamous cell carcinoma (SCC) begins in the squamous cells, which are found in the upper layer of the skin. It is less common than basal cell carcinoma (BCC), with about 200,000 cases reported each year in the United States. It may appear as a crusted or scaly area of skin with a red inflamed base that resembles a growing tumor, non-healing ulcer, or crusted-over patch of skin. While it usually appears on areas of the body that are exposed to the sun, it can develop anywhere, including the inside of the mouth and the genitalia. SCC requires early treatment to prevent it from spreading to other areas of the body. 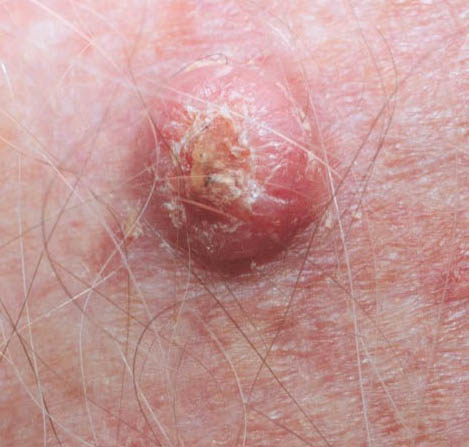